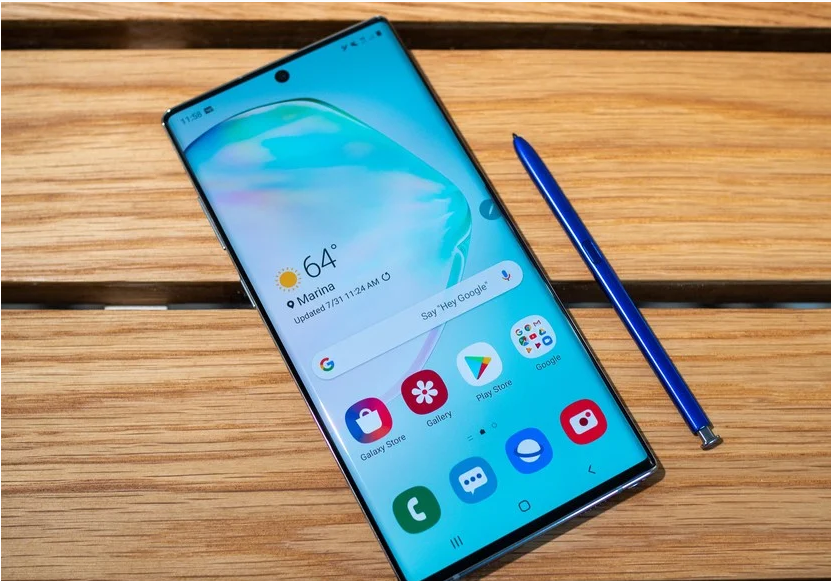 You already know, Samsung’s flagship release, Note series, is always in the month of August. Thus, this time, Samsung has a big surprise in store for us and that is Samsung Galaxy Note 20 and 20 ultras. Both the package of Note 20 and Note 20 Ultra is power-infused with refined performance. To add more weight to optimizing performance, the series comes with a combination of uniquely selected hardware and software.

That being said, the new release has some extraordinary features, to begin with. For instance, powerful specifications, the addition of various new features adjoined with previous ones, complete the device. So, if you are wondering what’s special about this series, then let’s find out what to expect. Read more below.

At an Unpacked Event of Samsung, the announcement of Samsung Galaxy Note 20 and Ultra was made on the 5th of August. Shortly after, people made their pre-orders of both the series while the date of release was set to be on the 21st of August, 2020.

However, to date, the Samsung Ultra 20 series have been known to be the best one among the Galaxy Note series. Why? Because it comes with almost everything that can be looked for in a smartphone. So, in comparison, Note 20 and 20 Ultra have differences, and here’s a brief overview of that.

The Samsung Galaxy Note 20, is comparatively a small version of Ultra 20. However, the device is worth 6.7 inches in terms of display. Along with that, it consists of a moderate resolution and frame rate compared to Ultra. In terms of battery life, it provides 4,300 mAh.

Now, Ultra is built with more optimal features. For instance, the display is worth 6.9 inches along with WQHD with a curved side. Along with that, it’s performance depends on Snapdragon 865 Plus along with a battery life of worth 4,500 mAh.

Samsung Galaxy Note 20 Ultra: Why is this Lineup Dominant?

As per the reports, Samsung Galaxy Note 20 Ultra is more dominant than Note 20 in many ways. Let’s begin with its performance.

When it comes to the fastest android that ever existed, then it’s Note 20 Ultra. And besides that, it’s solely dependent on its optimized performance driven by unique configurations. For instance, the device is one of a kind when it comes to performance, and it’s only because of the processor. The Snapdragon 865 contains a chipset that can run at 3.1 GHz providing a clock speed 105 faster. Also, compared to Galaxy 20, the GPU is 10% faster than that of Galaxy 20.

On the other hand, the performance is also tuned due to 12GB RAM space with both memories of 128GB to 512GB. That being said, it also provides an extra SD slot with which you can expand the memory up to 1TB. This option is not available in Note 20.

When it comes to Display, Galaxy Note 20 is again dominant upon comparison with Note 20. This is because the HD display of 6.9 inches is appealing, bigger, and bold. Unlike Note 20, or any other series for that matter, Note 20 Ultra has a refresh rate of 120Hz. This is an advantage to the device itself because, with such a great refresh rate, the screen can optimize itself and adjust based on the content in it.

Doing so, can also save battery life and extend its performance. Meanwhile, gaming is smooth and so is the scrolling down, through the interface. And, the color tone combination made of 121.5% of sRGB mode, makes everything more vivid even at Natural Mode.

According to Tech-Savvy Experts!

Based on reports, David Imel, a tech journalist from Android Authority reviewed the Galaxy Note 20 Ultra series. According to him, the device is cogent and powerful which reflects on its flexibility upon handling anything. He also mentions that the design and structure of the device are unique along with the S-Pen which can do a lot more than you think.

However, David mentions that despite the camera setup being great, it’s not class-leading. As far as his concerns are tied, he believes Pixel 4 is better. Meanwhile, his other comments suggest that Dex is satisfying because you can connect the device to any monitor or TV wirelessly.

But, David also focused his point on a minor drawback which may be unnoticeable to many- and that is heating. He mentions that the device can get slightly heated when the camera is in use. However, the heat is moderately light but is surely a point worth considering.

Apart from that, the 3 powerful Android updates are expected along with a great deal of battery life. However, he suggests that he expected more for the price it’s being sold at. This point is also worth considering because the battery life provides less than 5000 mAh of S10 but also more than 4,300 mAh of Galaxy Note 10.

However, David shows signs of disappointment after briefing analyzing Note 20. The plastic design and weak camera functions are not as great as Ultra 20. He also mentions, for the price, Ultra 20 may be expensive but also offers more than what Note 20 does.

Here are some interesting features that you must not miss:

In comparison, Note 20 Ultra is far more capable and convenient than Note 20. However, that does not discard the potentials of Note 20. Continue to do more research on both the lineup to get a detailed analysis of the devices. Or, you can seek guidance from the experts of Mobile Repairs Dubai and get to know which model can serve your purpose.